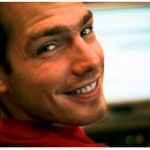 THE CASE OF: The Tall Drink of Water

I meet this guy online. This is our Dating story.On paper, he has the makings of a potential match. Attractive, successful,

witty, well traveled, etc. We start with the email exchanges through the online dating site. It
goes well. He’s intellectual but goofy. Successful but not cocky. Flirty but in an adorable way,
not an inappropriate way. We move the party to our real emails and eventually to the phone &
text. More of the same. We seem to have the same sense of humor and enjoy interacting. After
a few weeks, we decide that we should meet. We live about 500 miles away, so we can’t exactly
meet for drinks or dinner. He lives in a city where one of my girlfriends also lives, so I plan a
trip. I will spend a couple of days with him and a couple of days with her. And if it’s not going
well with him, I can always escape to her house. Solid plan.

As it turns out, backup plan not needed. We have a FANTASTIC time. He picks me up at the
airport. He is even better looking in person than in his online pictures. Bonus. We spend our
days together touring the city, getting massages, going to dinners. We talk, we laugh, we really
enjoy ourselves. He compliments me throughout about how much he’s attracted to me, how
much he can’t stop cuddling me (which is apparently unusual for him), how he loves that I have
a strong personality and I am not intimidated by him. We act like goofballs together and love it.
There is mutual attraction and it’s obvious.

After three nights, I go hang out with my girlfriend. We have a blast catching up, deconstructing
my past few days & analyzing her current dating woes. I spend a couple of days with her and on
what is supposed to be my last night with her, she gets called into work for the next day at 5am.
Bummer. I don’t have to be at the airport until around 2pm. So, I call Tall Drink of Water and
let him know what was going on. He was supposed to be my ride to the airport anyway, but my
friend wasn’t supposed to be going to work until noon and we were going to spend the morning
together. I tell him, he can pick me up as scheduled or earlier in the morning or that night. His
choice. He wants to come get me that night so we can spend more time together. Cool! Good
choice!

He picks me up and we have another great night. We have breakfast at a fabulous place in the
morning and go for a nice drive and then we head for the airport. He drops me off. Kisses
me goodbye several times. Texts me while I’m sitting on the plane. And I’m off for home. I
let him know I got home safely per his request. I hear nothing. Day 1 passes. Day 2 passes.
Hmmm. OK. I don’t have to play the “only the man can call game.” I call. He seems fairly
disinterested, very distracted – says I caught him in the middle of work. OK. Benefit of the
doubt, but I’m suspect. 5 days pass. Another conversation much of the same. Next day, I get
a text. He’s in San Diego running a marathon and the text says: “San Diego is pretty darn nice!
You are missing it!” Huh? Was I invited? Have you even shown one ounce of interest since I
left?

We have another conversation when he gets back. He says he knows that he is not meeting my
needs. He says he knows that I would like to talk more often and communicate more. But much
like how he likes his peas and carrots separated when he eats, he likes to compartmentalize his
life. When I was there, he devoted his attention exclusively to me and put everything else on
hold, including work (true) and so after I left, he needed to focus on the things that he had not

focused on while I was there and get caught up. He said it would be different if I lived there
and we could see each other whenever we wanted to but since I live somewhere else, it was
complicated and he had a lot on his plate that he needed to focus on. He thought I’d understand
that when he got caught up, he’d be in touch more. END_OF_DOCUMENT_TOKEN_TO_BE_REPLACED

The Newest Virus to Strike Women 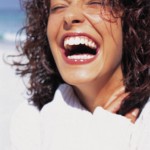 The Newest Virus to Strike Women

There seems to be a virus going around….spreading like wildfire and taking no prisoners.  It’s as if the single women of my generation all underwent a brainwashing simultaneously.  Was it zombies?  Werewolves?  A sign of the apocalypse?  I’m not sure but I don’t like it.  I don’t like it at all.

I call it the “happily single” disease.  It goes like this:  Ask a woman in her 30’s if she’s married and if she’s not married/engaged/living with someone/in a serious relationship, she’ll say, “No, I’m happily single.” Wait a second.  Did the question ask anything about her feelings?  Nope.  She’s just offering it.  What is she trying to tell you?

Is she saying that she’s happiER being single than she would be not single?  Doubtful.  Maybe in a few cases, but not in every case. That simply wouldn’t make any sense.  If that were true, all new relationships would cease to start and we’d have no more marriages.  That isn’t happening anytime soon. END_OF_DOCUMENT_TOKEN_TO_BE_REPLACED

Read About The Secrets to my Marriage 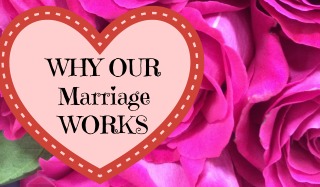