In true Love, Laughter, Forever After, Tradition. We will do a “He Said” and “She Said”. My husband and myself will tell you how we met.

How I met my wife

Back in late 1996, I was a junior E-3 Fireman Electricians Mate in the US Navy.  During that period in my life I was stationed in Orlando Florida at the US Navy’s Nuclear Power School.  I truly loved living in Orlando as I had access to Church Street Station downtown, Disney, and all the attractions only 30 minutes away.  But one of the main attractions was to go back to the home of the Florida Gators – Gainesville FL.

I was a Gator from 1994 to 1996 before I joined the service.  As a runner for the Florida Track team, I had several friends in the Gainesville area that were still juniors and seniors while I was stationed in Orlando.  So on the weekends, once we received liberty, myself and a tight group of Navy shipmates would take a drive up to Gainesville on a Friday night and then come back on Sunday.  What a blast these trips were as I had money to spend and friends in the area that could put us up.

One particular weekend, I believe later in the year (fall or winter time frame), several of my navy shipmates met a group of Florida Gators at a Pleasure Island.  I was not there, but the feedback I received was incredible.  The whole event was serendipitous as our team of sailors were passionate on frequenting Gainesville and now we had a connection to single college women in the local area!  Two of my closer friends had a huge crush on a college sorority Gator named Amy.   It was that love connection that unexpectedly connected me to my love of my life – Amee.

A few weeks passed, and we planned our first follow up rendezvous with the Sorority group from Pleasure Island.  Our bags were packed, and we had a place to stay in the area at my track teams off campus house in the area.

Evidently, Amy was to bring “friends” over to my buddy’s house so we could all socialize and meet – two of Amy’s friends included Tracy and another Amee.

My memory is fuzzy on what time of night it was on a Friday, but I can remember the evening that I first met Amee.   I was sitting on the sofa at my friend’s house as all these lovely Alpha Xi Delta sorority girls arrived.  One in particular stood out to me immediately – long black hair, beautiful face, and amazing smile.  As I was dumbfounded by her beauty and somewhat awestruck – I remember the moment she sat next to me.  I could definitely feel the chemistry already, and we did not even say a word to each other till later in the night.

It was agreed that the group would head to a local nightclub that evening.  I think the ratio was pretty good as far as guys to girls, but on the ride to the club I think we all were “taking dibs” on match ups.  At the club, I immediately wanted to strike up a conversation with Amee, even though I had a reputation for being a bit shy.  I did the cliché task of offering Amee and her friend Tracy a beer and I can’t remember if she stated yes or no.  I also asked Amee if she smoked cigarettes – not sure why, just came out as a spur of the moment ice breaker.  Amee stated no on the cigs (and I think no on the beer as well), but she did like to dance.

At the club it was a group dance party setting, but I made a concerted effort to stay close to Amee.  I had not felt this sort of connection with many of my other past girlfriends (high school and college) and now that I was in the service, I really felt the urge to settle down in a new relationship – the Navy has a way of pushing young single men in this direction.

As the night was beginning to end, I know there was a bit of dancing, a little small talk, a peck on the cheek kiss, and a phone number exchange that kicked off a relationship that I am sure every man would be jealous  for.  I am thankful that some Navy “Squid” met a few sorority girls at Disney’s pleasure Island in late 1996 – without that moment, I would have never met the love of my life.

I thought I would share our how we met story…. I first shared it on our 10th anniversary

It is always fun to think about how you met. I have a horrible memory so this is my version to the best of my ability. I originally wrote this four years ago that meant I wrote it with a newborn.

Our story started with my Alpha Xi Delta sisters met some “Navy guys” at Pleasure Island. This is a Disney owned club so don’t get any funny ideas. My friend Amy met “some” guy named Chris (who became her husband) and they hung out. (This is the picture from their wedding.)

There was a bit of drama since Karen also thought Chris was cute. Amy decided that wasn’t going to happen so when she found out these “Navy guys” were coming to Gainesville to hang  out. She decided that we were going as well.  I went to the party because Amy was adamant Chris was something special.  I was in charge of driving for the evening because I was not drinking .

We got to the party which was at a friends of Mat’s house.  I was watching TV until I saw Mat … TV? What TV? We didn’t actually talk at the party. I know I was quiet. Shock! I did turn to my best friend Tracy after we saw Mat and we both said “mine” at the same time. We all decided to go dancing from this house party.  I loaded the girls in my car and off we went.

While Tracy and were in the car we both decided we would not approach Mat. We got to the club and Mat walked right up to me and asked me if I smoke? I usually had guys ask me my name first so I was a little shocked. I said, “no”.  He said,”good”. Yes,  my husband had the moves….. Not! Then he disappeared. He came back with a beer for me.  I never drink when I drive so I gave Tracy the beer and I kept Mat. This is also funny because I had spent 15 minutes explaining to everyone at the house that I can not drink even a sip if I was in charge of driving he must have missed all of that..

We spent the rest of the night dancing and luckily I had on steel toe boots! Ha , Ha Ha.  My husband is great at many things but dancing may not be one of them. We all had a super time.  Then we went to part ways I gave  Mat  a kiss on the cheek which he still teases me about for “putting the moves on him” and we left.

I want the record to state that soon after my husband got a cell phone so he could call me and a car so he could drive to Gainesville. That must have been some cheek kiss ha? I guess so!  That is the big story about when we met. I think the above description is close to what actually happen although time changes everything.

I just wanted to tell my husband the one thing has never changed over the years is I still love him! 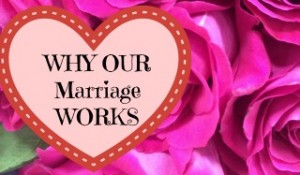