Making Memories At Disney On Ice!

Making Memories At Disney On Ice!

Disclosure: I was provided complimentary tickets to the Disney on Ice show in Nashville, but as always, all thoughts and opinions are my own 🙂 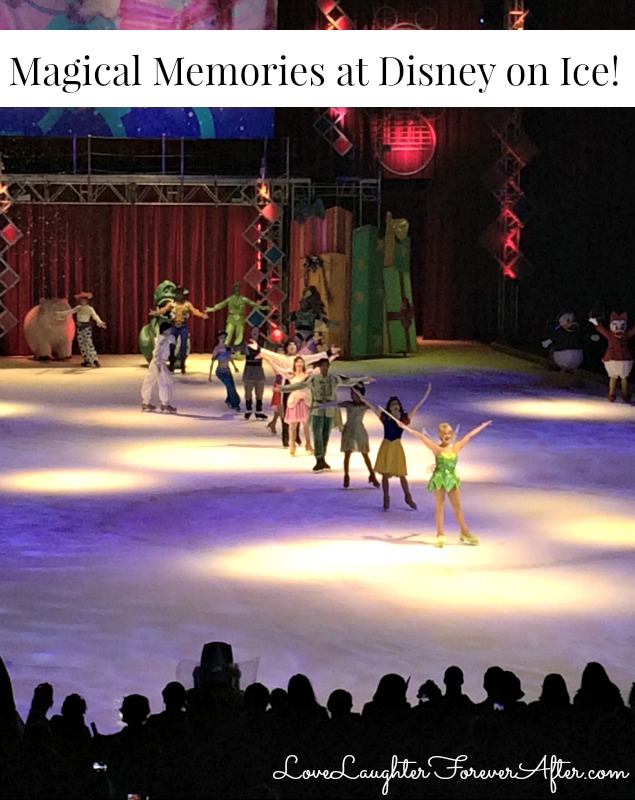 You guys! Over the weekend I got the pleasure of taking my daughter and nephew to see Disney on Ice presents Let’s Celebrate in Nashville. They are HUGE Disney fans, and this was the first Disney event my nephew got to see live. It was such a magical night and I just have to tell you all about it! If you have never been to a Disney on Ice show, just know that it will be Disney magic from when you walk in to the venue, until you return to your car. And that is what I love about it.

So what makes Disney on Ice so special? 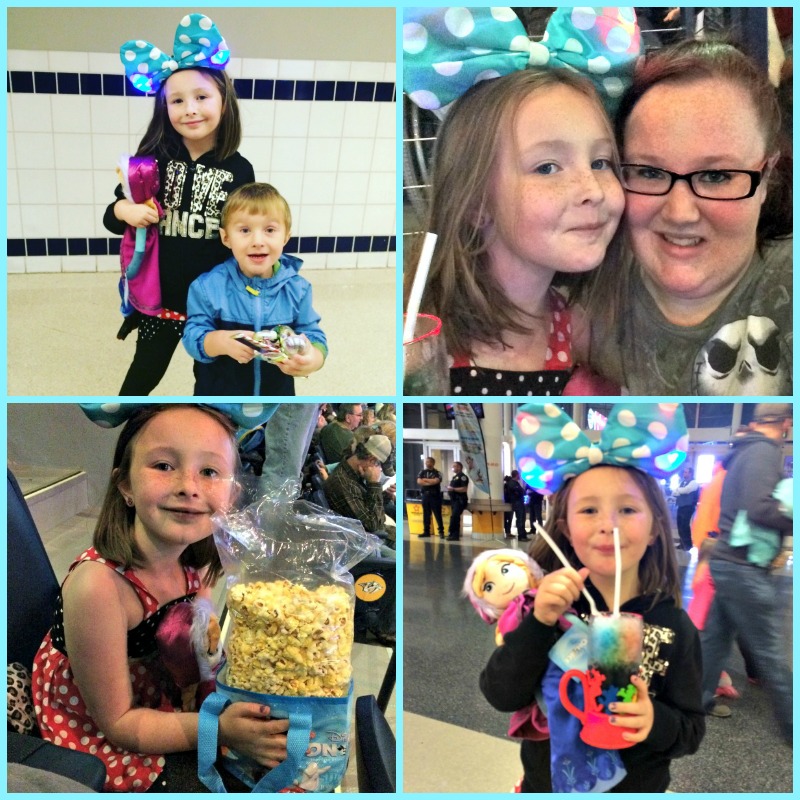 Before you even get to your seat, there is so much to see! From the fun souvenirs (um hello, are those Minnie ears not the cutest things you have ever seen?), to the light up slushies, and the endless amount of toys. There is so much to see and do before and after the show. And I loved that they had something for every budget. 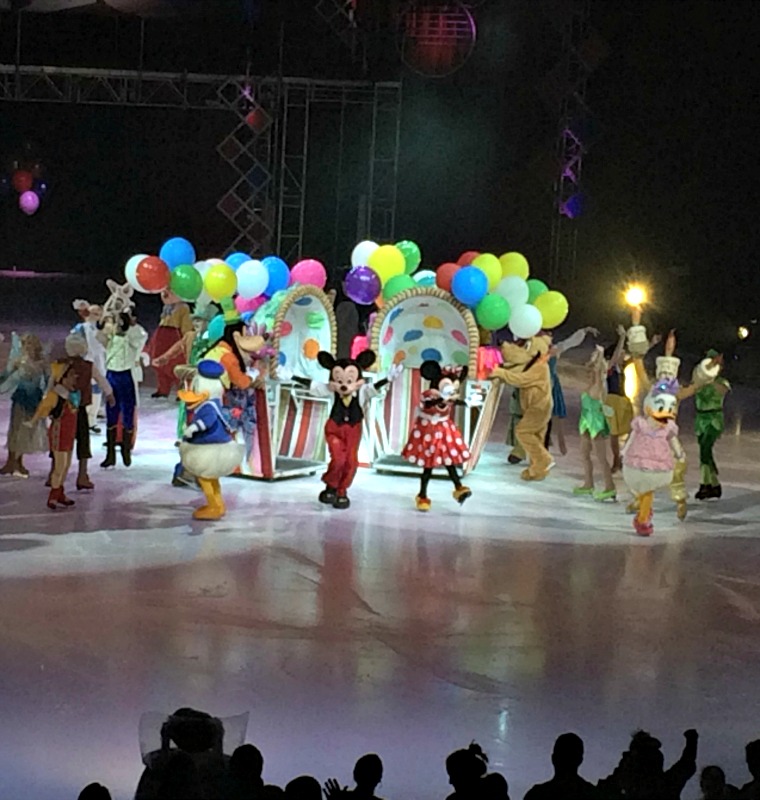 After we grabbed some yummy seats and some toys, it was time to find our seats and get ready for the show! The show started off with a bang! We got to see some of our favorite Disney characters! My nephew is a HUGE Mickey fan, and when he came out of a giant birthday cake, his day was officially made! 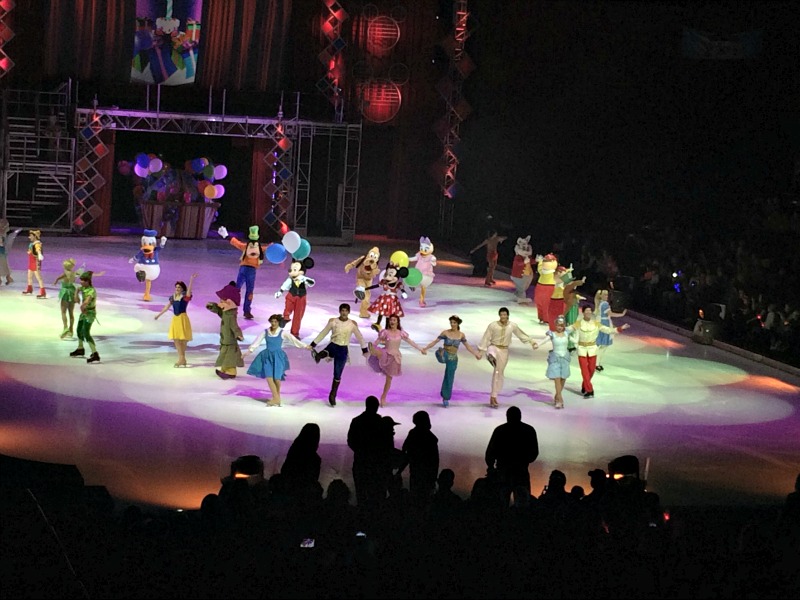 A few of you already know that Alice in Wonderland is my favorite Disney movie of all time, so I was thrilled that she had her very own segment in the show. We all had a very merry unbirthday party with Alice and her friends! I loved watching my daughter point out all of the Disney characters as they joined in on the fun! 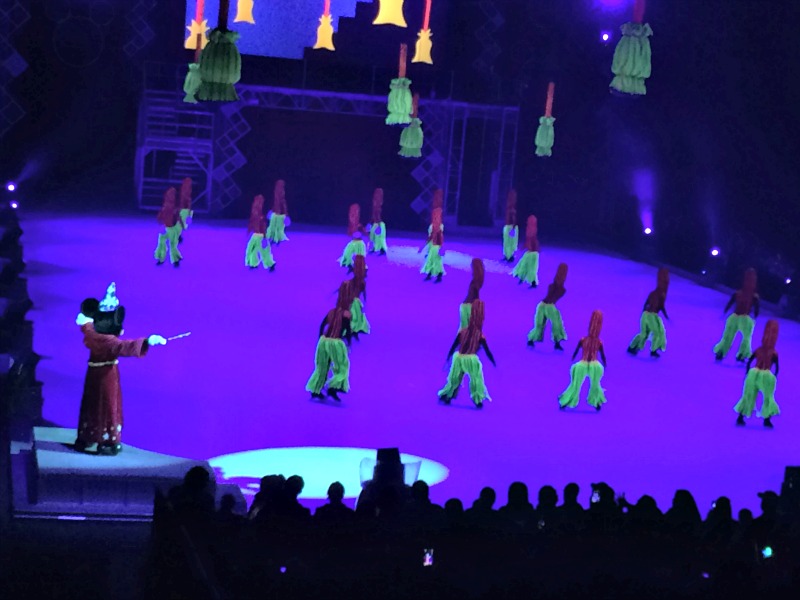 After the unbirthday party, it was time for Mickey to clean up, so he got some help from some magical brooms. This was one of my favorite parts of the show, and reminded me that soon I need to show my daughter the movie it came from! 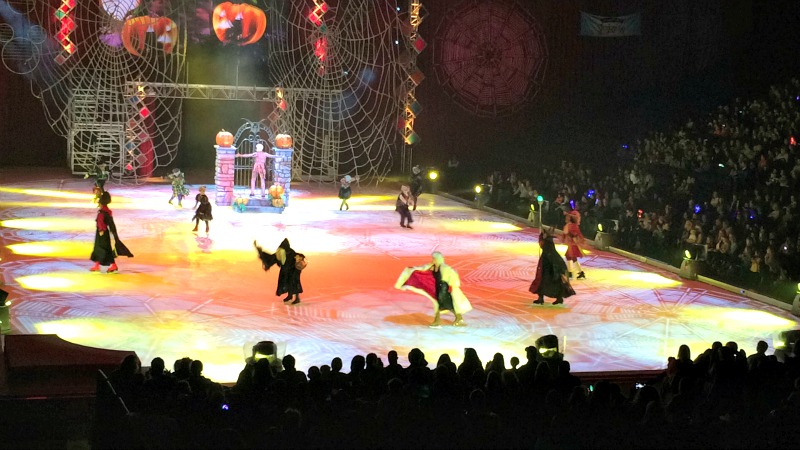 The next act in the show was by far my favorite. I have always been a villain lover at heart, and this Halloween themed segment was all about the best Disney villains! It also featured Jack Skellington as the host of this creepy Halloween party. My nephew was not a huge fan of this part (he is only 2 though), but my daughter and I had a great time singing along! 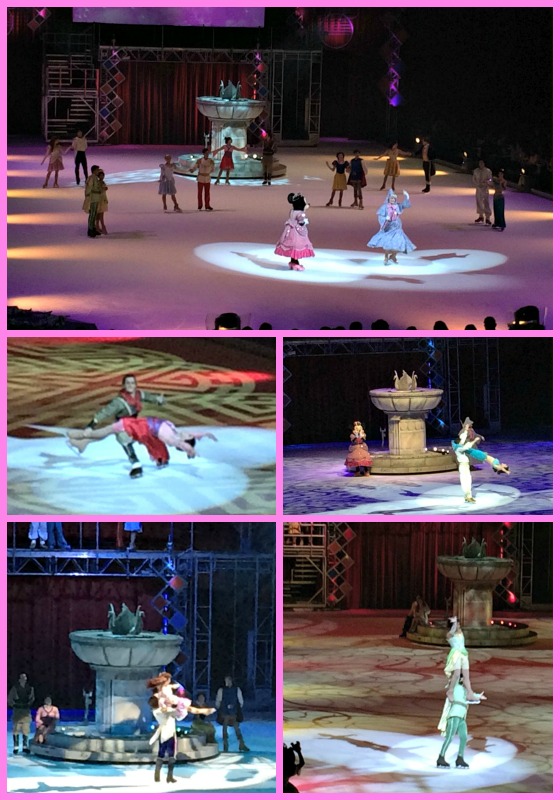 Judging be the the cheers from the crowed, the Disney Princesses were easily the crowed favorite. All the beautiful costumes, the cool tricks, and the songs! The princesses helped Minnie realize that Mickey was the mouse for her! Who doesn’t love a good love story right? 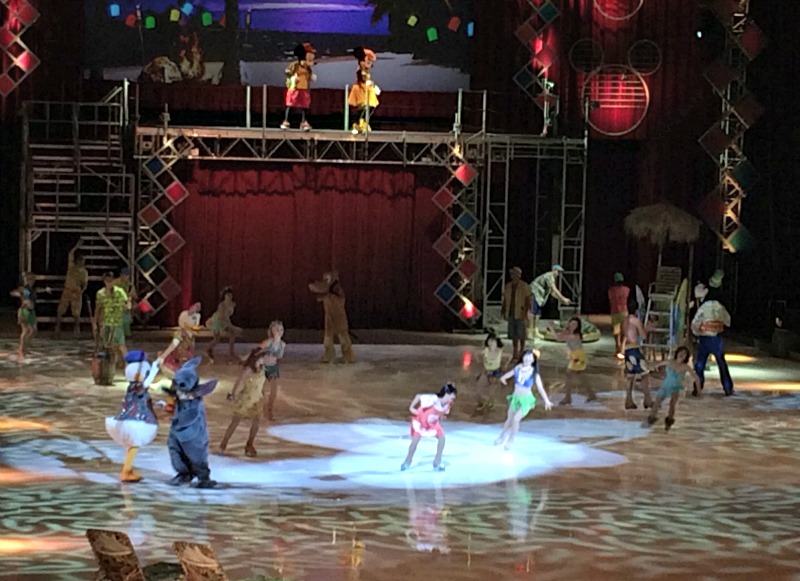 After a short intermission to go grab some popcorn, it was time for a Luau, Disney style! We sung along with Lilo, Stitch, and their friends, and it was a great way to get the party started again! Plus there is a really cool effect, but I want that to be a surprise, so you will have to go see the show! 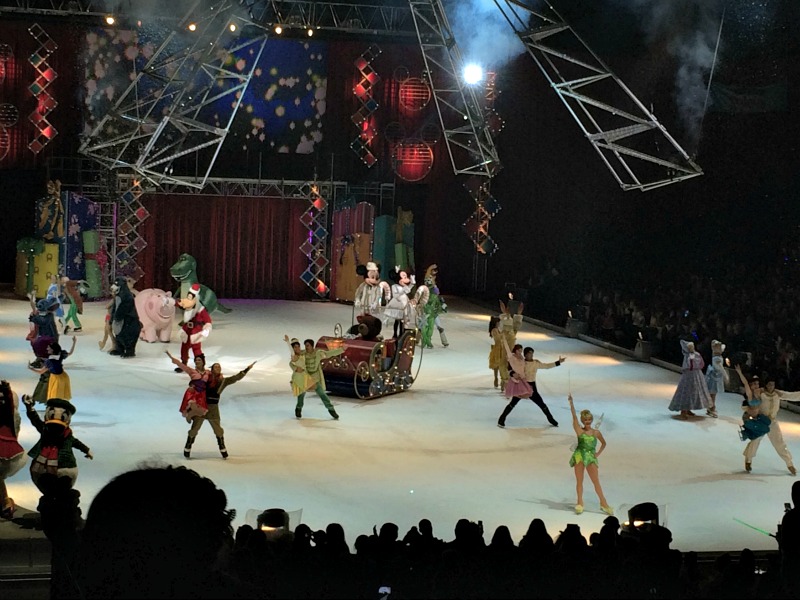 The show ended with everyone’s favorite time of the year, Christmas! We partied with the friends from Toy Story, and the rest of the cast. There was even snow! It was magical, and a night we won’t soon forget!

Check out where Disney on Ice will be near you HERE!

Have you ever been to a Disney on Ice show?